In a study with rodents and ferrets’ researchers found that using treats could mask an animal’s true intelligence. They found a difference between performance and knowledge and that there are two processes, one for

Content and one for environment. The study was conducted by Kishore Kuchibhotla, an assistant professor in The Johns Hopkins University’s department of psychological and brain sciences.

The researchers hope that the results of this study and future studies will help people with Alzheimer’s Disease maintain lucidity as well as improve testing environments for children.

Reward-based training is the most humane way to train a pet, but the pet owner must recognize that the pet is more intelligent than the training demonstrates. This is evident when a pet uses the lessons he has been taught in new ways.

According to a study conducted by Daniel Horschler, a UA anthropology doctoral student and member of the UA’s Arizona Canine Cognition Center, dogs with bigger brains can perform certain tasks better than dogs with smaller brains. The researchers found that larger-brained breeds had better short-term memory and self-control than smaller dogs, regardless of the extent of training the dogs had received.

The tests showed that brain size did not determine a dog’s performance on tests of social intelligence such as being able to follow where a person points or with the dog’s inferential and physical reasoning ability.

What the study did not define is what is considered small and what is considered large? What the study also did not seem to take into account is the difference between the way humans relate, handle and treat small vs large dogs. As a canine behavior consultant and dog trainer I have seen a vast difference between the way owners treat and relate to large vs small dogs. For example, you do not see owners carrying their Labrador Retrievers around in backpacks or pushing them in strollers. Often small dogs are not allowed to act like dogs whereas large dogs are allowed to act like a dog should act. It is interesting to consider.

Dr. Anindita Bhadra of the Indian Institute of Science Education and Research Kolkata, India, and colleagues studied stray dogs across several Indian cities to determine if dogs can understand human cues without training. 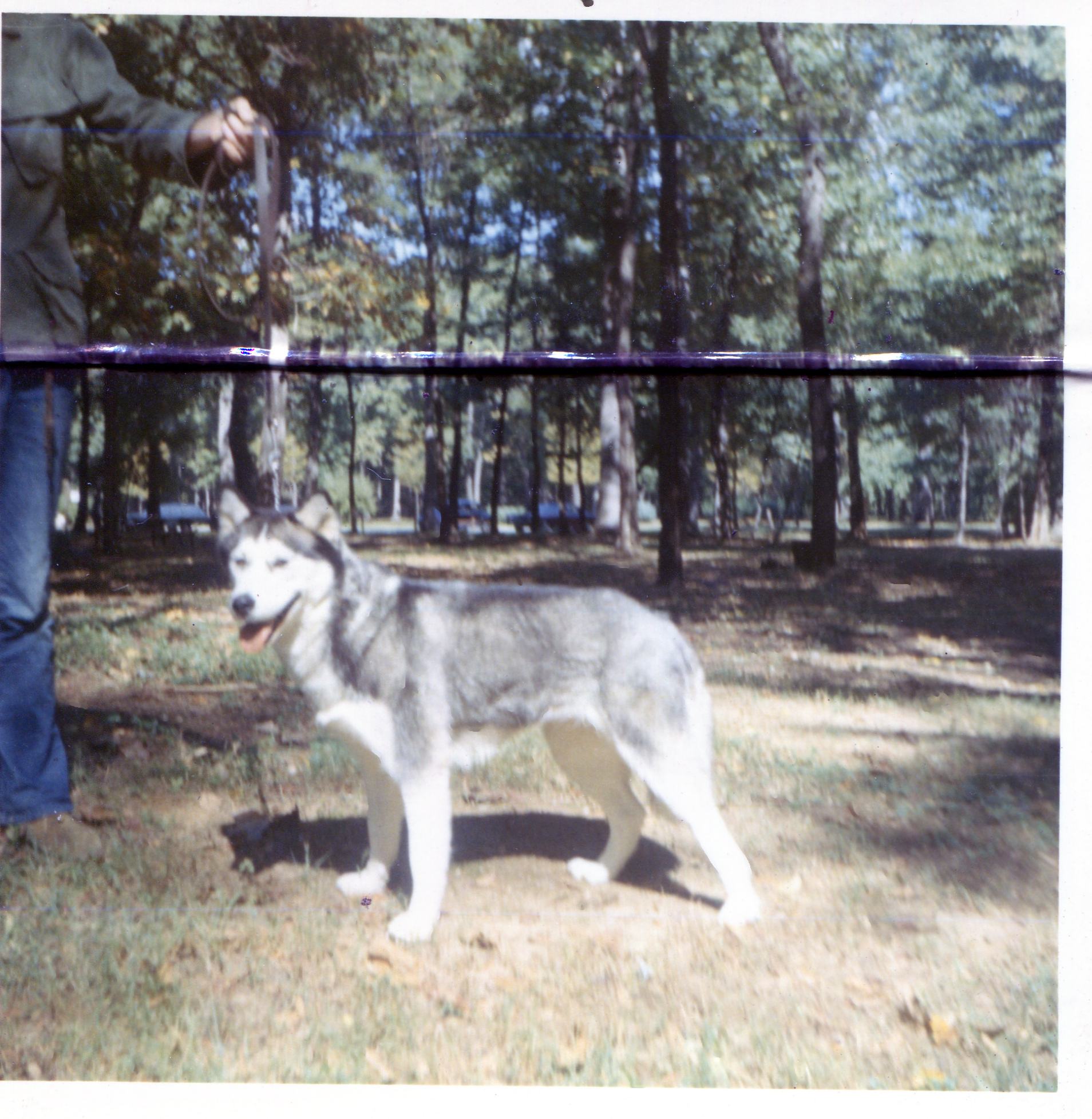 They found that stray dogs that were not timid or shy, would respond to a strange human pointing to a bowl. If the dog was friendlier and less anxious, they approached the bowls that the tester pointed to about 80% of the time. This shows that the dogs not only recognized human body language but are able to understand complex gestures.

What the researchers were unable to tell is how much experience the stray dogs had with humans and was it positive or negative. Also unknown is if people had fed the dogs in the past, using a pointing motion to indicate that there was food available.

The study does mention that more research is needed to determine if the personality of the dog is a factor in their response to human pointing. But all in all, it is another piece of information that gives us insight into the mind of the dog. 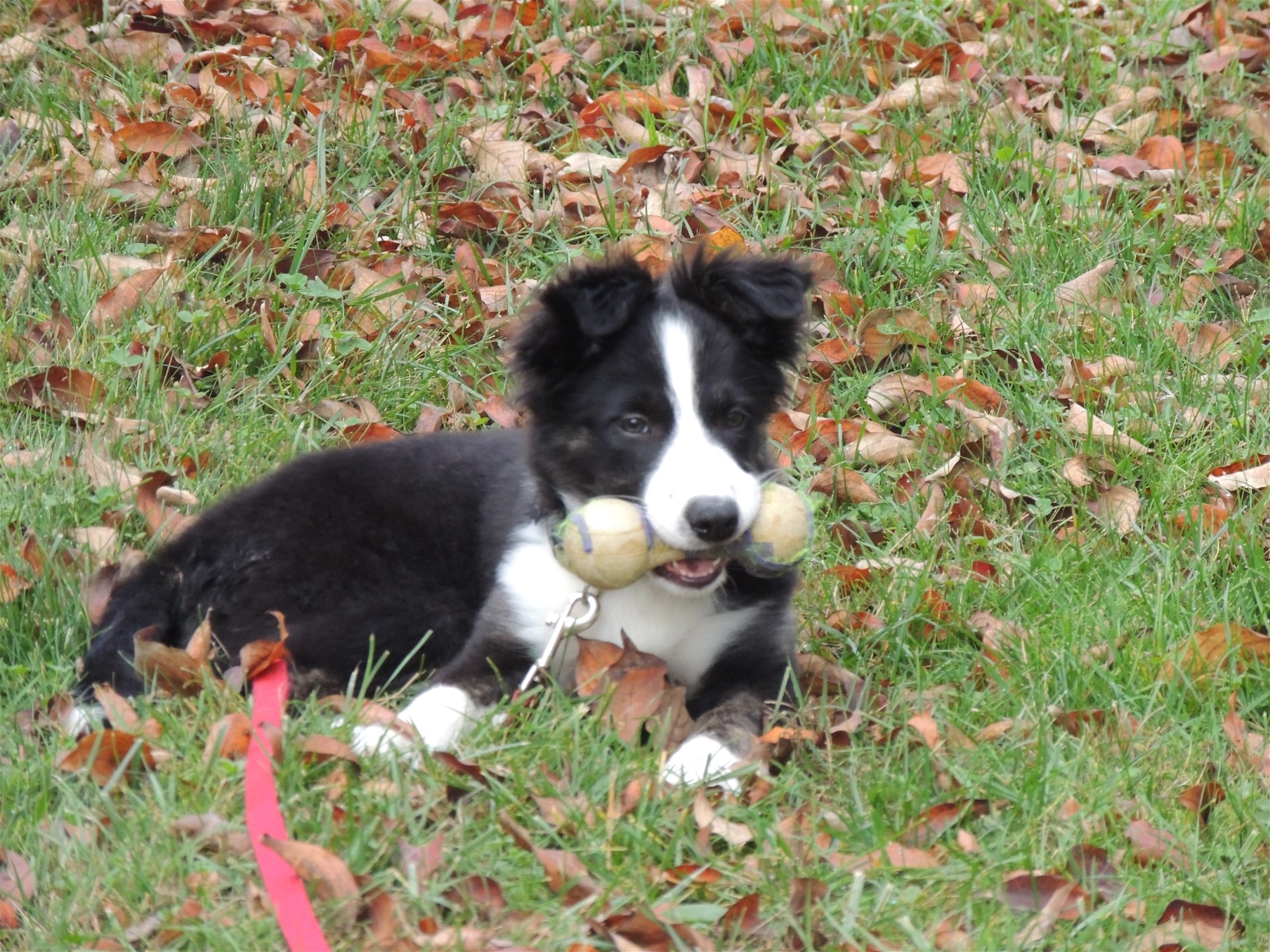 Researchers at the DogStudies lab at the Max Planck Institute for the Science of Human History have determined that dogs have metacognition abilities. Their tests showed that dogs checked more often when they did not know where a reward was hidden. This illustrated to the researchers that dogs do tend to actively seek extra information when they have not seen where a reward is hidden which is an indication that the dogs knew that they did not know where the reward was.

A famous example of this is Chaser the Border Collie when she was asked to find a toy that she was not taught to find. Although it took her longer, she examined each toy in a group and finally, by process of elimination, picked the correct toy. She knew that she did not know the toy she was asked to find.

Scientists must research carefully, eliminating all possible flaws in their research. They must also design tests to prove or disprove their hypothesis which is not an easy task. But those of us who work with dogs and see what they can accomplish, do not need tests to prove their abilities. Dog and animals in general, have many more mental abilities then scientists can prove at the present. However, it is good that they do continue their research.

Scientists are one step closer to unraveling how and if dogs understand specific words in human speech. Research has provided evidence that dogs can understand basic words that they have been taught and know the difference between words they know and words they do not know. 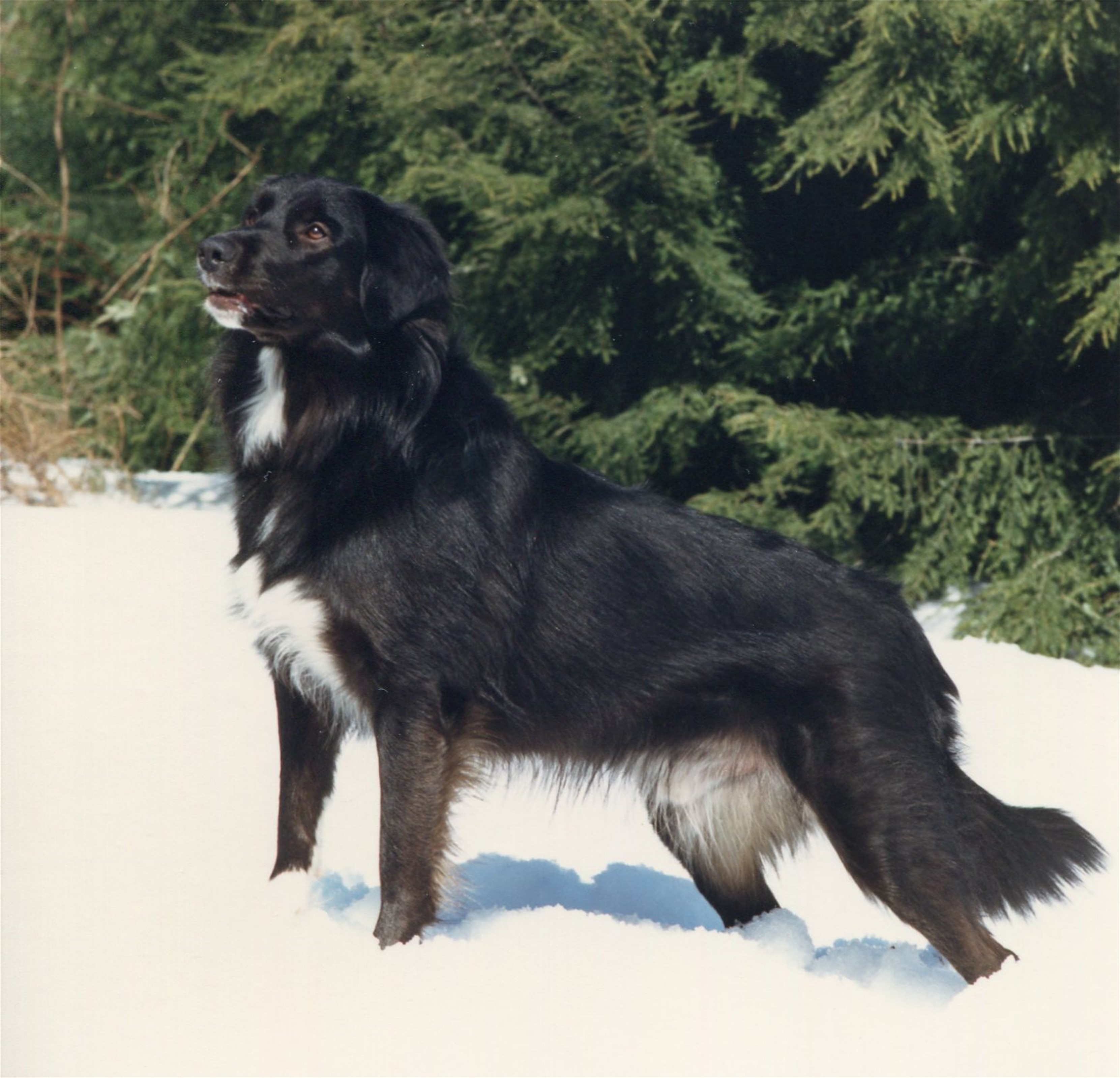 What scientists are trying to determine is if you say “squirrel” does the dog associate excitement with the word or does the dog actually picture a real squirrel. To do this they did MRI’s on 12 dogs who were taught the name of a specific object. Their studies were not conclusive but did show differences in the dog’s brains when the object they knew was spoken vs the one they were not taught. I think the famous Border Collie, Chaser, is strong evidence that dogs do associate a word with a specific object. But it is fun to keep researching about dog’s minds. 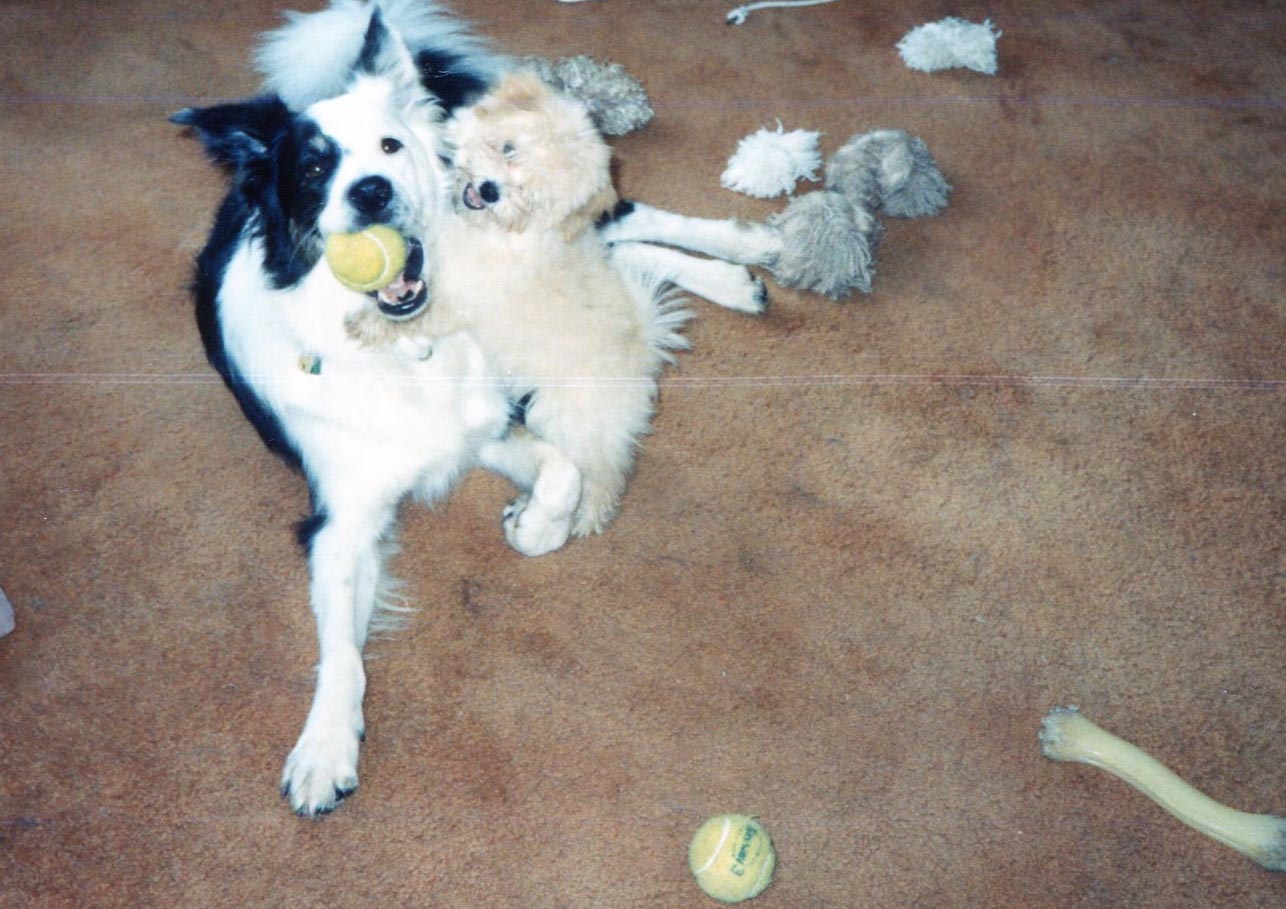 A recent comparison of the number of cortical neurons in the brains of various carnivores found two things: First, the size of the brain does not necessarily coordinate with the level of intelligence as was previously thought and, Second, dogs have over twice the neurons than cats. 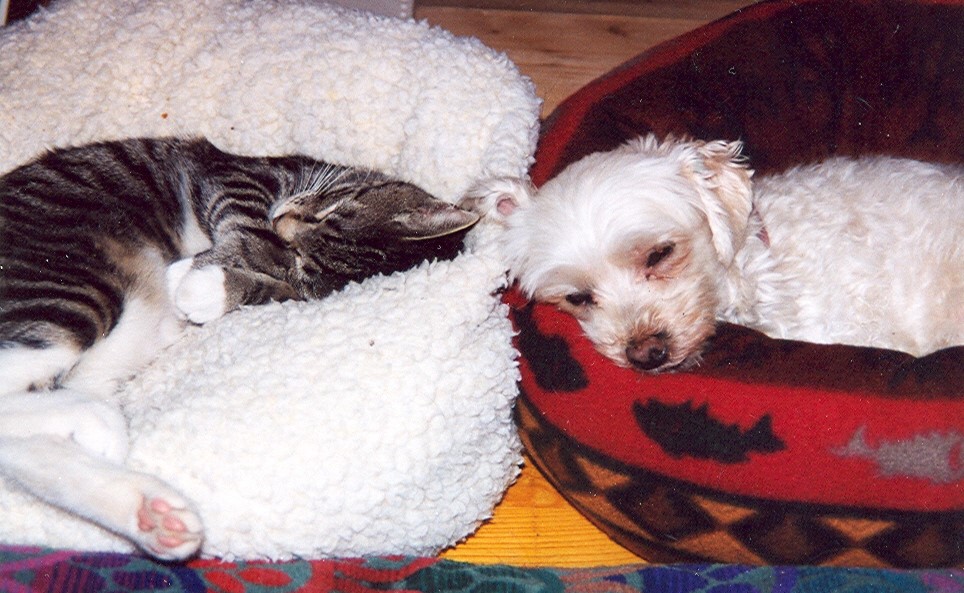 For example, raccoons have as many neurons as a primate but in the brain about the size of a cat while bears have the same number of neurons as a cat but in a much larger brain.

The research was conducted by Associate Professor of Psychology and Biological Sciences Suzana Herculano-Houzel, who developed the method for accurately measuring the number of neurons in brains.

Herculano-Houzel is convinced that the number of neurons an animal has determines their ability to predict what is about to happen in their environment based on their experience. What that may mean is that dogs are biologically capable of doing more complex and flexible things with their lives than cats.

The study also found that there was no difference between wild and domestic animals or predators or prey. It was always thought that predators were smarter than prey.

My comments: This is an interesting study that adds more fuel to the debate about who is smarter, dogs or cats. One thing to keep in mind is that intelligence varies from individual to individual (human or animal) and having greater intelligence does not necessarily mean it is used to its fullest capability.  In the case of animals, there is no accurate way to measure their true intelligence or their willingness to do what humans want, also known as being biddable.

In the first five years of a human’s life, a child will develop the ability to understand emotions, intentions, knowledge, beliefs and desires. This is referred to as the Theory of Mind. Until recently tests to determine if dogs can do this have had poor results. But recently, cognitive biologists from the Messerli Research Institute of the University of Veterinary Medicine, Vienna have developed a test that shows dogs are able to do the same thing.

Their experiment involved hiding food in one container and having the other containers smell like food but did not have any food in them. Then two people would point to the containers, one person knew where the food was and pointed to the correct container, the other person did not point to the correct container. The dogs tested were able to determine by looking at the people which one knew where the food was and successfully picked the right container 70% of the time. In another test a third person as added and the dogs still had a high success rate. 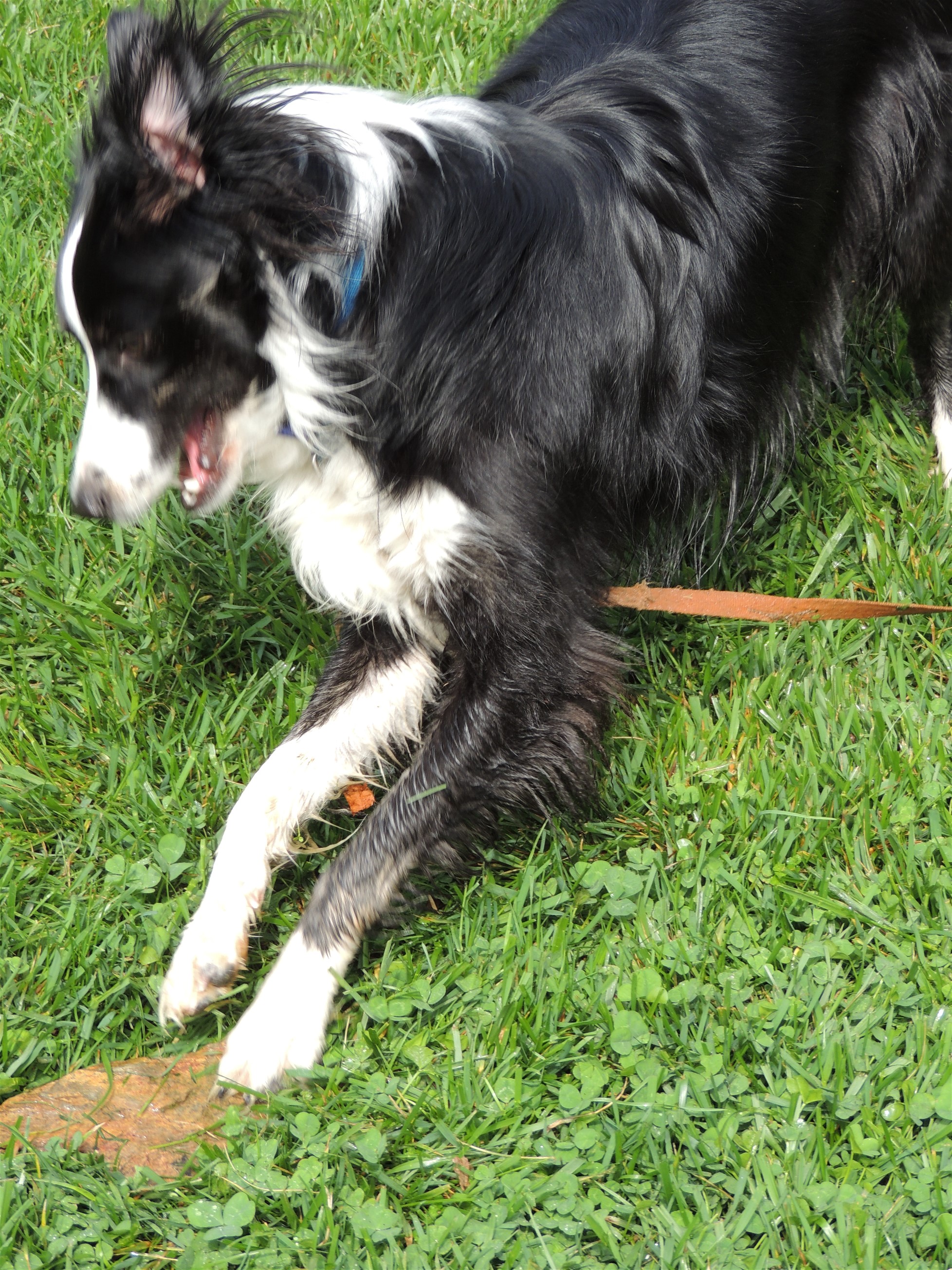 The study showed that dogs are to find out what humans can or cannot see. As scientists continue to find ways to accurately test the knowledge and abilities of all animals we will discover how intelligent the animal world is. As far as what this study means to the average dog owner, it may explain why your dogs can outsmart their owners, such as learning where treats and toys are hidden from them. How many times have dogs managed to open cabinet doors to help themselves to their food or treats? Think about it.