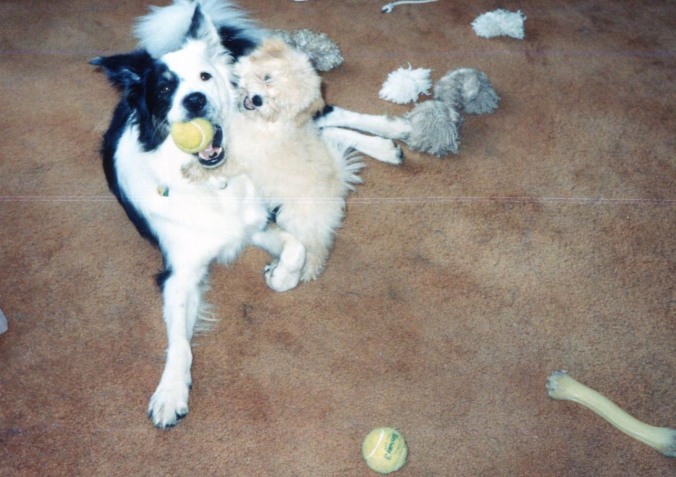 There are a lot of folks that think that if you use food rewards to train your dog, then your dog won’t be responsive to direction unless you have food to “bribe” her.

(all photos from pixabay.com)

In fact, this is an often-used excuse for using punishment-based training methods. Although it certainly doesn’t have to be true, sometimes inexperienced owners and handlers make it true by failing to understand when and how to fade food rewards.

If the only time you ever train your dog is with a bag full of treats hanging on your waist, then yes, it’s very likely that you will be mostly ignored in just about every other situation. Dogs are smarter than you think!

In this article you will learn why food rewards are preferred by most reinforcement based professional trainers, some tips on keeping food rewards healthy, and how to move away from using food rewards once your dog is performing a behavior to your expectations.

Why Most Trainers Use Food to Teach New Behavior:

Both reward and punishment can motivate your dog (and people too!) to learn. The benefit of using reward as the “go-to” training tool is that in addition to being effective, it helps to build a bond of trust with your dog.

Have you ever been punished for making a mistake when you did not understand what it was that you really did wrong? That is how dogs feel, every time they are punished for failing to be mind-readers! When your dog feels safe in the training environment, she will volunteer new behaviors (critical for some training techniques) as well as give you her eager, confident, focus.

Another big plus of using food as a reward has to do with “rate of reinforcement,” a fancy term that just means the faster you can solicit a behavior and reward it, the faster your dog will learn it. Unlike most other rewards, food rewards can be repeated as fast as every single second, making it the top choice for trainers looking to train complex behaviors like running an agility course or training service animal tasks.

What Food to Use for Training:

If you are lucky enough to have an extremely food motivated dog (ahem….like a Lab!), then your canine is likely to work eagerly for their regular kibble. This is a real bonus because it means that you can set aside a portion of his regular feed and save it to be dispensed one piece at a time during training.

If you have a picky eater on your hands, it might be a little trickier. But don’t think you have to go all out and train with nothing but cheese and hotdogs or expensive (and fattening) commercial treats. Instead, use a mix of pea sized safe foods your dog really gets excited about and some of his regular kibble rations. Smush them up in the bag to get the scent of the higher value foods all over boring-old-kibble. This will keep him engaged in learning, while helping you keep his waistline in check.

When to Fade Food:

Knowing when the time is right to fade food rewards is important. Since food is the most effective reward for “shaping” behavior incrementally towards a final goal, it makes sense to wait until AFTER the behavior is exactly where you want it before you start any of the methods listed here to start moving away from food.

How to Fade Food:

There are several methods to fading food rewards. Feel free to mix and match these methods…that will keep her guessing!

Once you are getting the right behavior (either on command or in conjunction with a certain stimulus), then you can start choosing only the VERY BEST examples of it to reward with food. For example, if you are working on recall, you can start rewarding only those recalls that are instant, with a very fast speed on that return.

What does your dog love besides food? Once she has a behavior down pat, you can start to reward her with other things such as pets, a toss of the ball or a game of tug. In fact, once you realize the power of motivators, you can start to ask for known behaviors before giving her any of the things she loves.

Once you are using (mostly) non-food motivators to reinforce known behaviors, it is time to make sure you add in some big-time surprise rewards to the mix. These rewards need to be when he least expects them.

Frankly, they can be food or non-food rewards. Just make them BIG!

The point is, if your canine never knows when he is going to hit the jackpot for giving you the behavior you expect, then he is going to be that much more excited about rolling those dice. (Yes, if you were wondering, this is the principle behind gambling.)

This technique is perfect for use both in and out of formal training sessions. It’s simple: Instead of rewarding after every single cue/behavior, you can start to ask for several known behaviors in a row, followed by a reward (food or otherwise) for successful completion of the chain. This will get her used to giving you what you are asking for, without expecting food for every single trick.

Just because you are using the power of food to train new behavior, doesn’t mean your stuck with a dog that will only perform when you have treats in hand. By using the techniques outlined in this guide, you can have the best of both worlds: The fastest training method out there, and freedom from food rewards once behavior is learned.

According to research conducted by Evan MacLean at the University of Arizona and published in the journal Frontiers in Psychology they found that the hormones oxytocin and vasopressin may be linked to aggression in dogs. Both hormones are also found in humans. 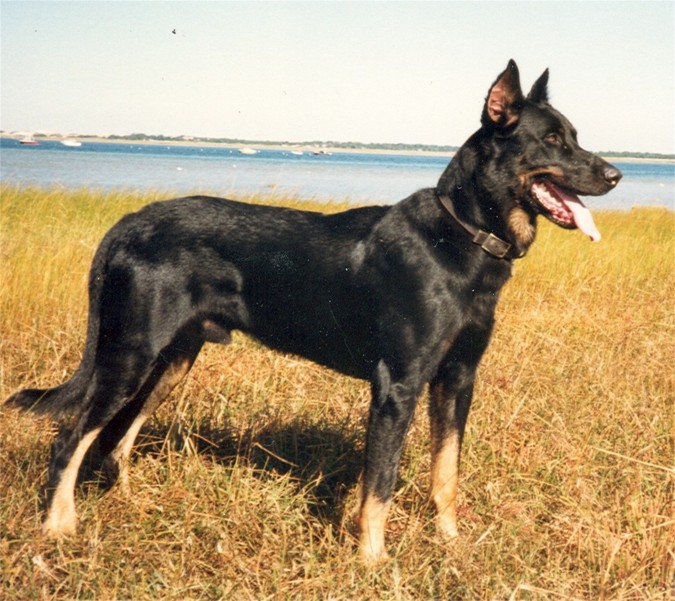 Researchers also found that experience can influence the level of vasopressin in a dog. Often aggression results from a traumatic experience which alters the hormone levels resulting in a form of PTSD. On the flip side, positive experiences such as socialization with people and other animals in a non-threatening manner can raise the oxytocin levels.

The good news is that in humans, they are already using hormone therapies to help people with autism, schizophrenia and other problems such as PTSD. Perhaps this will lead to therapies for dogs that are extremely aggressive.

In my post about finding the right dog food I listed a very informative link to a site that evaluates dog food. I have since learned that these evaluators have links to cat food, cat treats, dog treats and pet insurance. It is just as important to feed your dog or cat quality treats as it is to feed them quality food, especially if you give them a lot of treats. 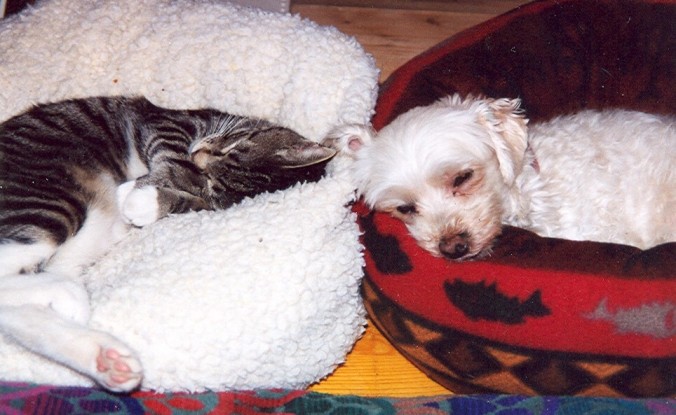 Health insurance is another very confusing issue for many pet owners. There are so many options and prices. However, considering how expensive veterinarian bills can be, especially for catastrophic illnesses, it is a good idea to have insurance. What options you pick will depend on what you can afford to pay for without insurance. When choosing the right policy for you, take into consideration what your income will be at the end of your pet’s life. This is the time when your pet may need the most veterinarian care. Cost consideration is especially important if you will be retired or near retirement as your pet ages. Taking the time to research treats, food, and insurance will benefit you and your pet in the long run.

In an attempt to further understand the human-animal bond, researchers investigated whether or not dogs prefer praise or food from their owners. Surprisingly most of the dogs preferred praise or praise and food equally. Two of the dogs were chow-hounds and preferred food.

While 13 subjects are not a fair sampling, especially when one considers the personality differences in breeds and even within the same breed, the study does shed some possibilities for consideration.

Most trainers, behavior consultants and handlers of working or sport dogs can tell you about individual dogs who are not food motivated. The people who try to work with these dogs have to find another way to motivate them. Fortunately, most dogs will work for both praise and food, making it easier to motivate them in training situations.

Food is still a great way to train a dog, especially when coupled with clicker training. But for those dogs who are not food motivated, a pat on the head or verbal praise is just as good. When using food, it is always best to wean the dog off of the food once he has learned the exercise and save the special treat for new exercises.

Studies such as this one are great because they open minds and possibilities for future studies. The research team in this case want to explore how dogs process and understand human language. 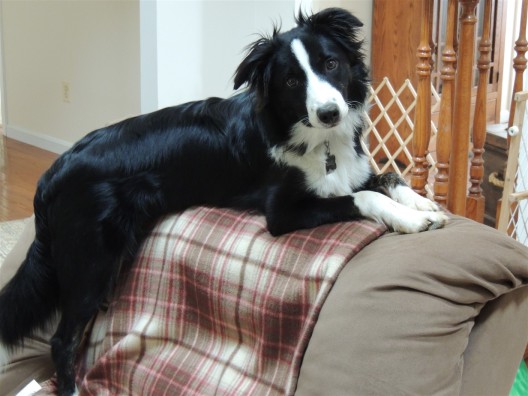 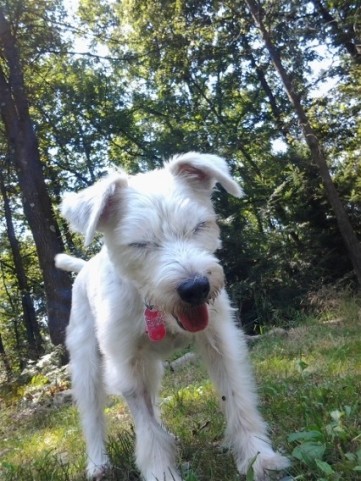 Riley — Food Motivated and laughing about it!