All dogs bite at one time or another. However, most people do not realize that there are different types of bites. Unfortunately, many dogs have lost their homes, lives or been restricted due to the misunderstanding and misinformation about dog bites.

Dogs used their mouths the same as we use our hands. Puppies mouth everything. Human human babies will put everything in their mouths similar to puppies. The mouth is a very sensitive part of the body, perhaps the most sensitive. The mouth can taste, feel texture, heat, cold, size and shape.

The mouth and tongue are so sensitive that the smallest bump or lump in a person’s mouth often feels like a boulder or a cracked tooth feels like a canyon. We have to assume that dogs have the same or similar capabilities. However, dogs do not have the same capability to taste as humans do. They have about 1,706 taste buds compared to a human’s 9,000. A dog’s taste buds are located at the tip of their tongue. They can taste bitter, sweet, sour and salty. Their choice of what they eat depends more on their sense of smell than taste.

Dogs use their mouths to manipulate objects, carry objects, groom themselves and/or companions, to show affection, as a means of correcting another dog, as a way to get another animal or person away from them (distance increasing), and to vocalize. One of the most affectionate things a dog may do is nibble the object of their affection. This is a very gentle nibbling using the small front teeth.

Sometimes dogs will grab a person to try and lead them somewhere, such as a door if they have to go out. This is like a person taking another person by the hand to guide them.

Bites often happen in a few seconds. It may be difficult for an untrained person to analyze a bite because you must consider the dog’s body language and the circumstances that happened just before and after the bite. Dogs also can give mixed signals. For example, a dog can act aggressively and at the same time fearfully. The dog’s life experience including training will influence what and how they bite. However, below is a general explanation of dog bites.

Dog bites follow a progression if, as a puppy, the dog has been allowed to learn how to properly act socially with other dogs. An adult dog will first give a warning look, whether it is a puppy, another animal or person. If that does not work, next are warning growls or vocalizations. (Never correct a dog for growling, you will remove an important warning, forcing the dog to go directly to a bite.) If a puppy does not heed the body language and then the vocal warning of an older dog, the dog may give the puppy an open mouth correction. This is when the older dog will “hit” the puppy with his mouth open but does not bite.

The next level is the nip. In human terms, it would be equal to a pinch. It is typically done with the little front teeth. It is a corrective measure used to stop the unwanted behavior or to communicate the message to get away or back off.

If the nip does not work the next bite will be a full mouth bite but a quick release and often not bearing down hard. This type of bite may result in a bruise or small puncture. This is also a request to back off or get away. The dog is trying to increase the distance between himself and who he bit. It is also the type of bite that a fearful dog may employ. It could be a defensive or corrective bite.

If that does no work the next bite may have increased pressure resulting in a deeper puncture or larger bruise. It is also a distance increasing bite or a fear bite.

The aggressive bite that the enraged dog or the dog who is truly aggressive will use is a bite and hold or a bite, hold and shake. These are the bites that are dangerous where the dog typically intends to hurt.

A dog that has developed strong bite inhibition, may put his mouth on a person if he is in pain. Often that is a reflex and when the dog realizes that his mouth is on a person will either stop before making contact or not put any pressure in the bite. Other times a dog who is in pain may bite. This should not be held against the dog. Also, a dog that is enraged or upset about something may do what is called redirected aggression. This also a reflex where the dog will bite whatever is near him when he cannot get to the object of his anger.

The other situation where a dog will bite because of reflex is if the dog is engaged in a fight with another animal and a person tries to grab the dog to pull him away. The dog will bite not realizing that it is not the animal he is fighting but a person. This also should not be held against the dog. In these cases of reflex biting, the humans that are working with the dog should expect it and take precautions to avoid being bitten. The only breed of dog that has been bred not to bite a human when engaged in a fight are the bully breeds, such as Pitbull Terriers.

How likely a dog will bite depends on the breed (or mix) of the dog, the lines of the breed, how well the breeder and then the owner socialized the dog and the dog’s training. Some breeds of dog are less tolerant and quicker to bite than others.

Children are often bitten in the face because they are at face level with dogs. Children of all ages should be taught how to interact with dogs and carefully monitored always. A dog that bites a child due to a reflex action is rarely forgiven even though in most cases the dog is not an aggressive dog by nature.

It would do the dogs and dog owners a great service if the dog owners studied canine body language and learned to understand their dogs. Children should be taught how to interact with dogs. Studies have shown that children can recognize when a dog is angry but not when they are fearful.

There are two excellent resources that help the dog owner learn how to read dog body language.

It is shocking to learn that the Center for Disease Control and Prevention estimates that half of all children who are 12 years of age and under, have been bitten by a dog. There are many reasons why this occurs. Some are that children are unsupervised, tease the dog, startle the dog, hurt the dog, wander near a confined dog or try to hug an unfamiliar dog. 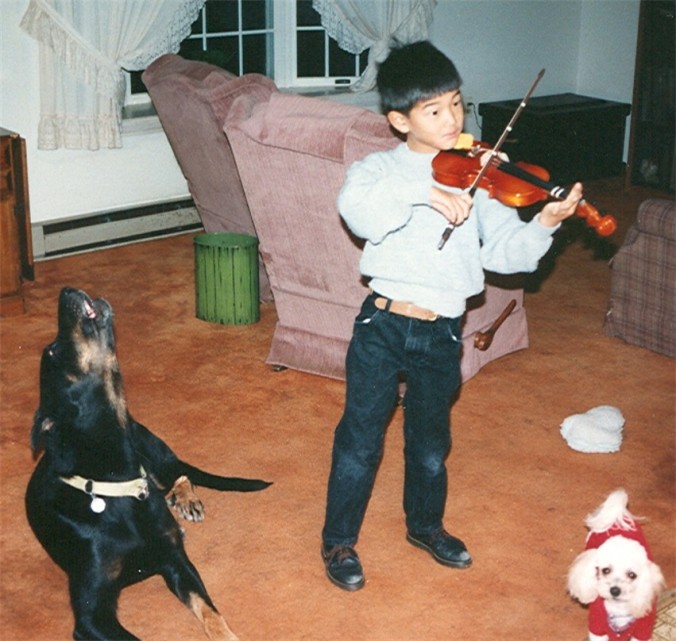 All types and sizes of dogs can bite a child or adult and it is not fair to label certain breeds as more aggressive. In many cases, a small bite from a small dog will go unreported. Because large dogs do more damage, those bites often require medical attention and are reported.

Children are most likely to sustain injuries to their face when bitten because of their small size. They are not strong enough to protect themselves or fight off an attacking dog which can cause more severe injuries than an adult would sustain.

There are a few things adults can do to protect themselves and their children. The adult can learn to read and recognize body language in dogs. This will help them understand the emotional state of the dog. If the child is old enough they too can learn how to read body language. If the child is very young (toddler and older) they should be supervised and not allowed near unfamiliar dogs. Even if the family has a pet dog, the child should be supervised when around the dog. Given the right situation, all dogs will bite.

If the family has a pet dog the child must be taught how to play with the dog. All dogs are different and some become highly excited when playing. Under these conditions a dog could bite. Keep in mind that not all bites are aggressive acts, but unfortunately all types of bites are usually considered aggressive by authorities.

With a little bit of education on the part of the adult and child, many dog bites can be prevented. Protecting both people and your dog is part of being a responsible dog owner.